Girl Gang Trilogy screens at the Dome in Rockaway

I was so happy to screen the Girl Gang Trilogy at the MoMA PS1 VW Dome 2 in Rockaway last night, along with Filmmaker Rick Charnoski’s Bloodshed, (a heavy metal skateboarder horror flick), and my Super 8mm film portrait of local Rockaway surfer, musician, roughneck-genius Simon Chardiet. In attendance were artists Charlotte G. Choclet, Nina Sweeney, Ed Hush, musicians Simon Chardiet, Veronica Sanchez, drummer & all around badass Kymber Lee, writer/producer Gail Eisenberg, legendary local surfers Alexander Karinsky & his triple crown son Sandon Karinsky, plus my good buddies & portrait subjects Camille Cha Cha & Kara Kolodjiez. Finally, most importantly, the locals of far Rockaway were in attendance: a crew of surfers, skaters, shop owners, home owners, bikers & badasses.
It’s been a really hard winter out there, with so many people’s homes having been nearly or completely destroyed. Rebuilding is still in progress. The point of having the MoMA PS1 Dome is to bring some fun to Rockaway via art and workshops.

What a fun fun night! Organizer / artist Nina Sweeney made some popcorn w saracha and kept everything running really smoothly.

It is gratifying to finally bring a public screening of SURF GANG to Rockaway, since I filmed there in 2003-4. That was before I knew how to surf. Lena Roca from Yoga on the Rocks came up to me and reminded me that we met when I was filming way back then, that I’d said to her, “can I film you surfing? I really want to learn how to surf.” When I started making Surf Gang the only person I personally knew who surfed was Kembra Pfahler, and I begged her to be in my movie. I said, “Kembra pleeeeease, you’re the only person I know who surfs. You gotta be in my surf gang movie.” Thank god she agreed, Kembra’s character ‘Blackie Rockaway’ turns out to be the dramatic underpinning of the whole movie, with her youthful exuberance, her tragic disappearance and her ridiculous, supernatural return.

Vero, Cha Cha, Kara, Rick & I took the afterparty to Drae Campbell’s Prime although Rick understandably bounced after a short while, (he’s a straight dude) we danced for a bit and had a really great party in the cars on the way over. Chinese firedrills and all. 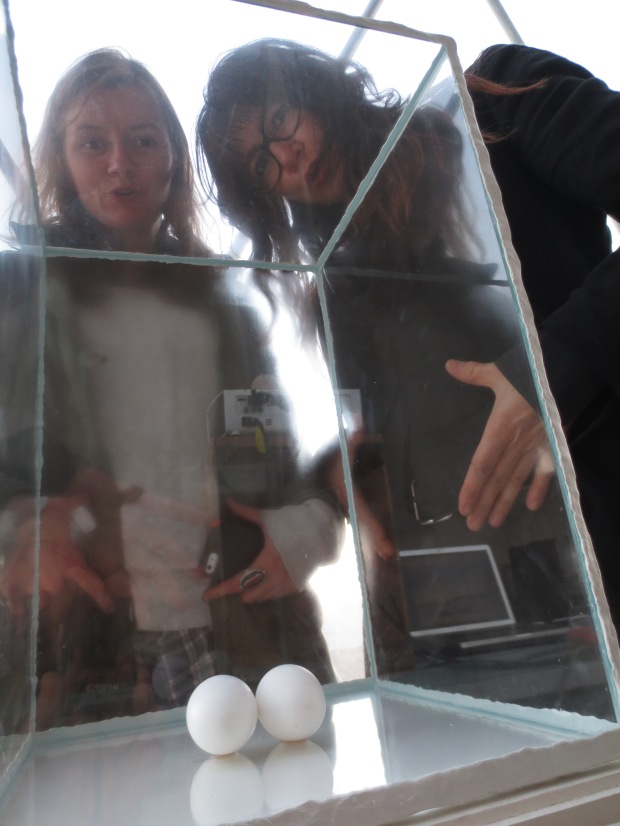 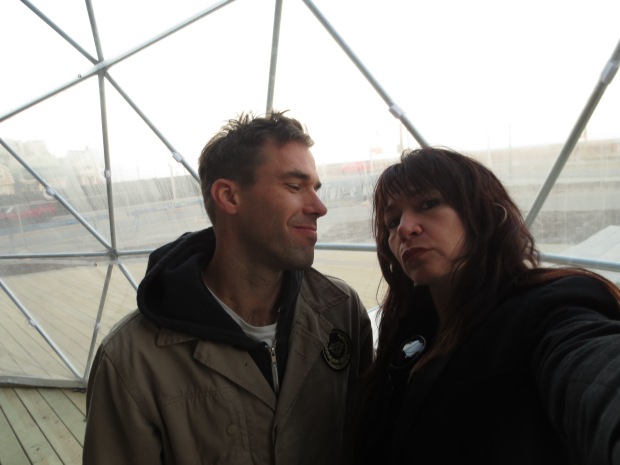 waiting for the night to come 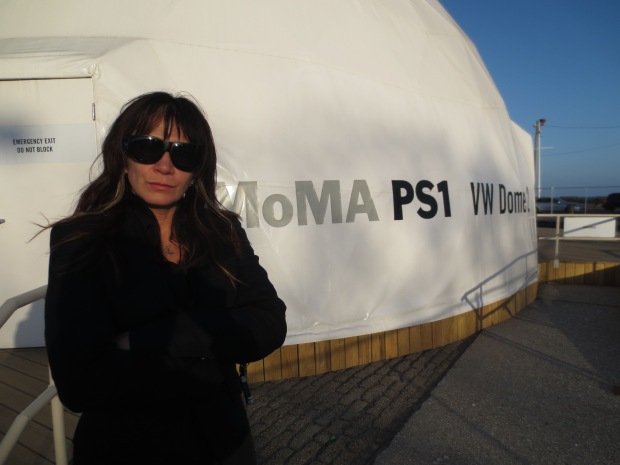 From the Press Release:

The films of the GIRL GANG TRILOGY were all completely independently made but big and ambitious; with large casts and almost mythical themes but firmly planted in a comic, B-Movie, D.I.Y. punk-rock ethos.
“I cast my girlfriends as gang girls, in leather and muscle cars. My armies of girls, in coordinated outfits, are ready to do battle for what they believe in: freedom, new turf, glitter, a good wave, a good ride, their girl gang, their favorite dog. I make films that are unselfconsciously queer, unapologetically feminist; riotous and robustly unkempt.”
Jenifer P. Borum has noted of del Mar’s work: “With each passing year, Del Mar’s New York run by girl gangs becomes more real than the New York that is gradually but undeniably being taken over by banks and transformed into a giant mall. The gritty streets and famous beaches are disappearing fast. Del Mar has captured New York’s last gasp of authenticity, transforming it for eternity. Her world is a place where Blackie, the lost leader of the Rockaway Ruffnecks, can still climb out of the sea and save us.”